skip to main | skip to sidebar

I'm a moving. Loaded up the conestoga and heading over to typepad.
I'm not bagging on blogger; I mean they gave mean 507 chances to rant for free. Been fun. But mac and google are not always the best of friends.
---phred
Posted by phred at 11:44 AM 43 comments:

Only a few pages into Michael Belfiore's new book, Rocketeers, and I'm hooked.
Reading about how Pete Diamandis started the X-Prize excites my inner geek.
(Pete Diamandis' grandfather is from the Isle of Lesbo. No, he has not been to space. And yes, the blog title is massive snark/EDIT)
Posted by phred at 9:23 AM No comments:

I get the nicest rejection letters

Really I do. Must mean something. I'll keep plugging along, but I think it's necessary to set goals.

See, that wasn't hard. I think I'll use the blog more for worldbuilding (which explains the seeming randomness. Trust me, I write it all down in books), and less for "global politics and the big picture".
The big picture crap gives me ulcers, is to close to my day job, and in the end, it's all about 90 percent guess work.
The future. We'll get there soon enough. I just want to have fun on the way.
--phred
Posted by phred at 9:12 AM No comments:

Funny enough, this sits at the heart of one of my short stories and one novel I’ve been working on.

I find the near future far more interesting than the far future. The chances that I’ll be living there approach 100%.

Iran and my self-interest

Convince me that a terrorist employing, nuclear armed mullah-ocracy is in my self interest, and maybe I’ll be willing to “give peace a chance.” Until then, I’m going to read articles like this and grin:

Austin Bay on a much needed “Revolution in Diplomatic Affairs:”

Even the State Department's chardonnay and brie brigade suspects we have entered a new era of grimy, street-level foreign policy. It's an era where effective diplomacy starts with long days in bad neighborhoods, as culturally-savvy diplomats identify the hopes, fears and trends that seed future crises, and -- preferably -- create American-influenced opportunities to positively shape events.

In the past year or so, the phrase “Diplomatic Surge” came into vogue. I’ve always thought to myself, “yeah, you and what diplomatic corps?” At the end of the day, we’re left with a Corps of Diplomats more focused on their Foggy Bottoms than the national interest. More interested in leaking, undercutting, waiting out L’Enfant Terrible, and representing tout le monde to America than they are in advancing America’s interest, aggressively, to the rest of the world.

Short version: we’d have to blow less shit up if the diplomats did their jobs. Not strike deals, but advance America interest.

I kind of passed on this article saying that AFRICOM would be based outside of Africa. My reading, the decision is not made. But placing AFRICOM in the environs of Northern Virginia automatically piths any argument for standing up the command in the first place. If you wish to influence a region, go there. Putting it in Northern Virginia merely opens up another comfy career glide for the diplomatic corps.

Look, in general, the DoS (not all, there are a few bright spots) is the weak sister in this fight. A CIA without all the “sex appeal.”

I just spent a half hour arguing about a policy I'd be in violation of if I discussed it here.
Blogging is a threat to large, dumb organizations.
No matter which side they're on.
Posted by phred at 8:39 AM No comments:

"Logical coherence and social solidarity are inversely related." (Sandall 12)
So, did you hear the one about the Jewish Lesbian who

Ahmadinejad?
(Ernest Gellner wiki)
Posted by phred at 11:10 AM No comments:

The P-Funk Mothership has landed 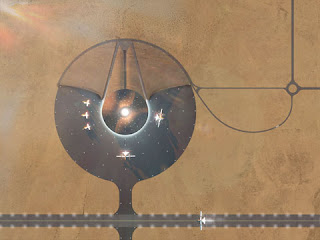 Popsci also has up some new pictures of the Richard Branson/New Mexico Spaceport.
Tear the roof of the mutha...
Posted by phred at 10:28 AM No comments:

China, Inc and the value of stuff

Popsci has an article out on the Chinese cloning industry. Short version, China (Amazon to our Google) is getting more sophisticated a knocking off "brand name" products. Money quote:

Samsung was impressed by the efficiency of the cloners, so much so that the company offered them jobs. The cloners said no. Earning about $1.25 per phone, the cloners said, they found it easier and more profitable to make fakes. The only known result of the investigation? Samsung now takes care to release products in China shortly after they come out in Korea. Its only defense is to give cloners a smaller window of opportunity.

Sure, the cars they put out now are death traps, and China industry in general, with lead toys, tainted food, etc, is going through an annus horribillis, but here's tome betting that they will only get better.

Someone should shrink China down, and stick it on a desktop. 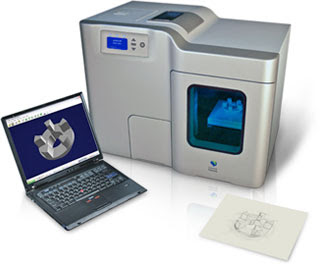 The sweet spot is going to be when the desire to make, move and create meet the means to do so. When the value of stuff drops relative to the value of ideas.
Posted by phred at 10:08 AM No comments:

Airstrip One to launch Droneship One

Article in Defensetech on BAE's development of a drone carrying ship.

The future might not be now, but it can't be more than a few minutes away.
Posted by phred at 9:55 AM No comments:

Fraying at the center

The Florida Democratic Party decides to ignore the DNC and hold it's primary early.

I love it when a party, any party, loses discipline. Refreshing.

Well, because I'm left handed, I talked myself into buying one:
Posted by phred at 11:21 AM No comments:

Part of my research of burning man keeps bringing back to one of the most beautiful pieces on the playa. La Contessa, a spanish galleon fitted to a school bus. 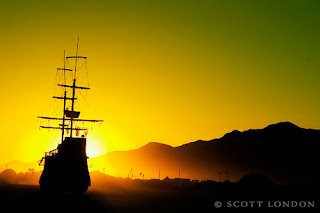 Look, let me be the first to say I look forward to the end of the Bush Administration. If only because those who have made a living off of doom mongering will be forced to board the S.S. STFU and set sail for oblivion. Or reinvention.

Art and fashion critic Naomi Wolf is out with a book titled “The End of America, A Letter of Warning to a Young Patriot.” In it, she outlines the ten easy bake steps to fascism.  Boing Boing has the link over here.

I’m constantly amazed, when pearl diving through the internet, how those who fear the government the most are the same ones calling for its growth. Bush’s Evil Surveillance State would be improved with universal health care, mandatory psyche screenings, fewer guns and less Bush. Right.

What they really want is to execute a capitated regime change while growing the rest.

Her list reads like the half remembered meanderings of a self absorbed literati. Without even reading the book, let me try and see if I can guess Naomi’s pathologies:

4. Set up an internal surveillance system. (That thing Poindexter wuz working on!!)

6. Engage in arbitrary detention and release. (I think she’s talking a fishing here).

7. Target key individuals. (People I know who’ve been inconvenienced at check in counters on the way to Vail).

If you want to understand how totalitarianism develops, you only have to read three books:

If you want to watch it develop in real time, I mean see nuttiness really develop, then set your google alerts to “Venezuela, Chavez."

MSR About the Web

phred
A blog about nothing. And anything. Whatever gets my interest as I tap, tappity, tap the keyborg.